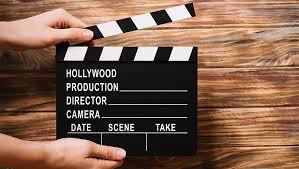 The film production in Dubai involves spending money on making films from the beginning to the ending phase so that the idea of the film can be seen easily on the big screens.

The filmmaking process involves different stages and steps to create a film successfully that manages to target the required audiences and also delivers the message of the initial idea effectively.

That’s why the pre and post-production services play an important role in finalizing the idea of the whole film and turning it into reality.

For this purpose, we have come up with a list of 7 stages of film production to help people understand the different phases that are involved in filmmaking as it’s not an easy process.

The first part is to develop an idea or a concept. There are various types of films that include various types of genres. It’s up to the filmmakers to decide what sort of film and idea they want to show on the big screen to the people.

Next part comes, developing a script. A script is an essential part of filmmaking and it’s also a very tough task as it includes the outline of the story and also sets a pitch for the directors and the producers.

This is an essential phase that requires planning and allocating tasks to the team to follow the overall vision of the project.

The mid-phase that includes working on daily tasks as planned. This phase requires a lot of efforts and patience as it demands communication at all levels and proper time management.

This is all where it starts. The photography phase includes creating shots, adding props and setting special effects. It also requires to maintain communication at all levels.

It’s also an essential phase that requires reviewing the whole movie and editing the parts where it’s necessary. It also includes setting up different sound effects and music with titles and images. The post-production process finalizes the ending of the film and creating the delivery elements.

This phase is the final phase that is performed after completing the film. This is how film producers and production companies earn money by getting the right distribution deals and showcasing their work on different platforms to their target audiences.